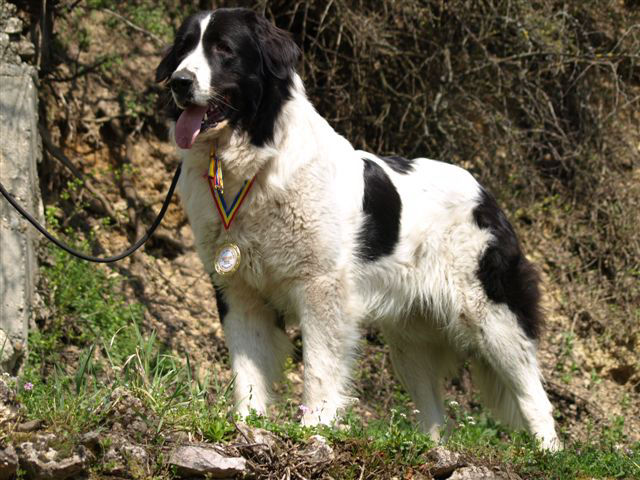 The Bucovina shepherd dog, originates from the Carpathian Mountains set in the north-eastern part of Romania, is regarded as the national treasure of the region. The Bucovina shepherd dog is an ancient shepherd dog, which managed to survive by adjusting to the harsh conditions and by passing down its unique genetic codes. This breed is still very popular and their duties are to protect the property and the industrial facilities and also to prevent attacks from bears and wolves.

In 2009,Fédération Cynologique Internationale(FCI)-World Canine Organization- certified this breed as a separate one with the number 357, and listed it in the second breed group.

Its official name is: